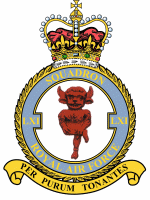 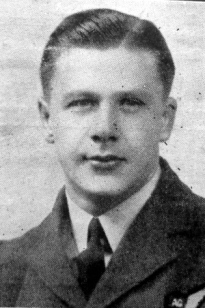 An amazing story of an amazing man. Joining the RAF in 1936, he saw service through the war, finally retiring from the RAF in 1969. 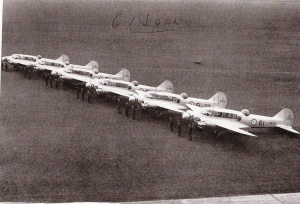 I joined the RAF in 1936 and after attending the cenotaph in the Guard of Honour I went to Cranwell on the wireless operator’s course.

On completion I joined 61 Squadron as W/op/AG and did one trip in a Hawker Audax followed by Anson’s, Blenheim’s and Finally Hampden’s, under the C.O. Squadron Leader C. Brill.

I apologise for the lack of detail but my flying log book was destroyed in a fire while stationed at Biggin Hill in 1946.

However I completed 17 operations, my pilot was F/O Ken James, but fortunately or unfortunately I missed the 18th trip having burnt both my hands in a small fire in the aircraft, and they were shot down and the chap who took my place lost his left arm!

I then joined a new crew, with a pilot called Oakley who coundn’t fly a hampden but went on to win the DSO, DFC & Bar and promoted to Wing Commander. The first operation I flew with him we crashed just off Stoneham on Sea promenade. Actually I was in twelve crashes before completing 37 ops. and posted on rest.

After a couple of months I volunteered to go back on operations, and I joined a Squadron Leader Wilcox on 83 Squadron who had just got married and his best man was Gus Walker.

Unfortunately we were shot down on our 6th operation; Squadron Leader Wilcox being killed in the fighter attack. (Later Gus Walker married his widow).

I became a prisoner of war very quickly and through various prisons starting with Amsterdam and finishing up at Landsdorf, Stalag VIIIb, an army camp. It was here that I met a New Zealander caught in Crete and completely fed up, so we swopped identities, so that I became Private Joseph Wilson, a New Zealander with a Yorkshire accent!

I could now volunteer to go out to work and join a working party in order to escape more easily and my New Zealand friend went to Stalag Luft III as Flight Sergeant Lawrence. I worked in a quarry from which I escaped and managed to get 200 miles away walking only by night. My intention was to get to Yugoslavia and find one of the lakes where flying boats were landing with arms for Tito. However I was caught one night and spent some time with the Gestapo until finally returning to Landsdorf to do a months solitary confinement.

On completion I again managed my way onto a working party and found myself working on an aerodrome, actually an EFTS, at a place called Gorlitz, within 200 miles or so of the Swiss border.

I escaped after a couple of months but was caught when getting very near to the Swiss border. On my way back to Landsdorf, I was put in a room three floors down and left for two weeks, then one Sunday morning I was taken out and put in front of a firing Squad and informed that I had been court martialled and sentenced to be shot. This was because after the great escape at Luft III and the shooting of 70 officers, Hitler had ordered that anyone caught escaping was to be shot, a good job I didn’t know that.

After standing in front of the firing squad for 3 hours, a Luftwaffe officer arrived, shouted at everybody that I was a “terror fleiger” and he grabbed me and took me away. I was now a gibbering idiot and happy to get back to Landsdorf in solitary confinement, and I have never found out why they didn’t shoot me.

In 1945 whilst on the long march I escaped again, got through the German lines reached a Canadian tank unit, they supplied me with a car and petrol and I drove westwards until I found an aerodrome and was flown to the UK.

After many interviews in the UK, I was posted to Biggin Hill, where I lost my log book.

Jack says that he was taken prisoner very quickly after baling out. The simple reason for this was he did not have chance to evade as he landed in a prison camp.

It was at Biggin Hill where Jack had his 12th and last Crash, when an Airspeed Oxford he was flying in lost it's propellor.

Post Biggin Hill, Jack spent 2 years in hospital with Tuberculosis after which he had many postings.