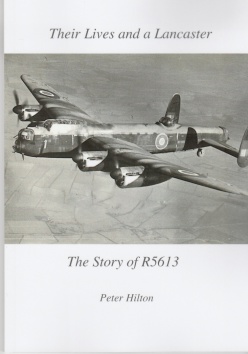 This book by Peter Hilton tells the story of R5613.

Peter a medal collector purchased a DFM and he was keen to fing out the history behind the medal.

His investigations led him to write this book to highlight the brave exploits if this crew and all those who flew in Bomber Command. The story is extremely well written.

We are grateful to him for donating a number of these books for us to sell with the proceed to the Friends of RAF Skellingthorpe. Priced at £6 including P & P. the book can be orders through the Mike Connock via the contacts page. 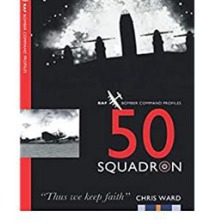 The latest edition of the 50 Squadron Profile by Chris Ward is now available. See the books Page it can be ordered through Amazon, or from the Friends of RAF Skellingthorpe. To oder fro us please contact Mike Connock via the contacts page.

Andy Blow who was involved in the original production of the video "Failed to Return" Has remade it as a DVD and added several items to the production.

As the Centenaries of the two squadrons are celebrated and as the RAF’s own Centenary nears, I thought we should do just that. In this first official DVD version, we have added three new items and produced two hours of viewing all about 50 and 61. The features are:-

The DVD is available through the Association for £14.49 inc p & p by sending a cheque to Mike Connock, who's contact details are under the About tab or from Andy Blows website at www.blowbyblow.co.uk Cheques are welcome - made out to Blow by Blow Productions and sent to 9 The Green, Nettleham, Lincoln LN2 2NR . To pay by credit card, or ask any questions, call 01522 754901.

The badge was commisioned to celebrate the centenary of 50 Squadron in 2016. Under the motto it diplays the years 1916-2016.

The badge can be obtained through Mike Connock and cost £3.00 including postage.

The badge measures 35mm in height

The badge was commissioned to celebrate the centenary of 61 Squadron in 2017. Under the motto it displays the years 1917-2017.

The badge can be obtained through Mike Connock and cost £3.00 including postage.

The badge measures 35mm in height