Born and raised in Dunoon, Scotland.

The following is a  list of ops carried out by him.

Citation for the award of the Distinguished Flying Cross.

As pilot, this officer has participated in a number of sorties and has displayed outstanding determination, fearlessness and devotion to duty. This was we'll illustrated on a recent occasion when detailed to attack Berlin. On the outward .flight the aircraft was hit by anti-aircraft fire and the elevators were damaged. Soon afterwards the bomber was struck by bullets from a fighter. The rear turret was rendered unserviceable and the oxygen installation was damaged. The target was still 100 miles distant but Flight Lieutenant Blackham continued his mission. On the bombing run, 3 members of his crew became unconscious through lack of oxygen. The flight engineer successfully repaired the oxygen system and the effected members were revived. Flight Lieutenant Blackham then pressed home a determined attack and afterwards flew the damaged aircraft to base. A few nights later, this officer again displayed praiseworthy skill and resolution in-a successful attack on Augsburg."

Airborne 2207 3 May 44 from Skellingthorpe to bomb the military camp. Shot down soon after clearing the target area and crashed at St- Mesmin (Aube), a village on the railway between Romilly-sur-Seine and Troyes. With the aircraft on fire Blackham fought to keep the aircraft flying until all his crew had bailed out safely, afterwhich a sudden explosion knocked him senseless, hurling him through a glass panel. He recovered consciousness to find himself surrounded by flames and jumped  clear moments before the aircraft blew up. Parachuting into Maquis country, Blackham narrowly escaped being hung as a German spy, but another airman in the vicinity was able to vouch for him. For months Blackham lived and fought with the Maquis, until he was sent to Paris for return to England along the Comet line. In Paris, he was betrayed by the French traitor Jacques Desoubrie on 27th July 1944 and handed over to the Gestapo. after interrogation, Blackham was imprisoned in Fresnes prison. At Fresnes, Blackham was beaten, stripped of clothing and put under cold showers, surviving on weak sauerkraut soup. He slept on filthy lice-infested straw. at one point during a two week stay at Fresnes, Blackham was among a group of inmates which faced a firing squad manning machine guns, but for some unkown reason, the order to fire was never given. He was sent to the Buchenwald concentration camp.  At Buchenwald, the airmen were fully shaved, starved, denied shoes, and for three weeks forced to sleep outside without shelter in one of the sub-camps known as "Little Camp".

Those killed are buried in St-Mesmin New Communal Cemetery. Both of the reported evasions failed. 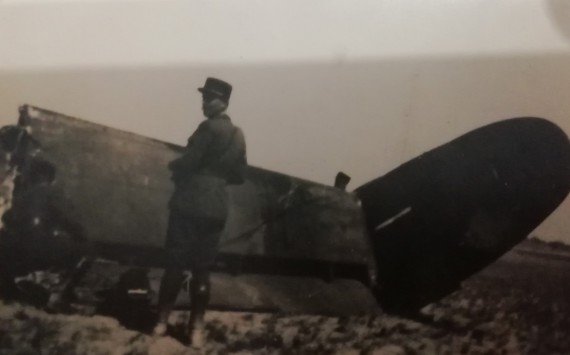 F/Lt Blackams aircraft being inspected by a Gendarme. 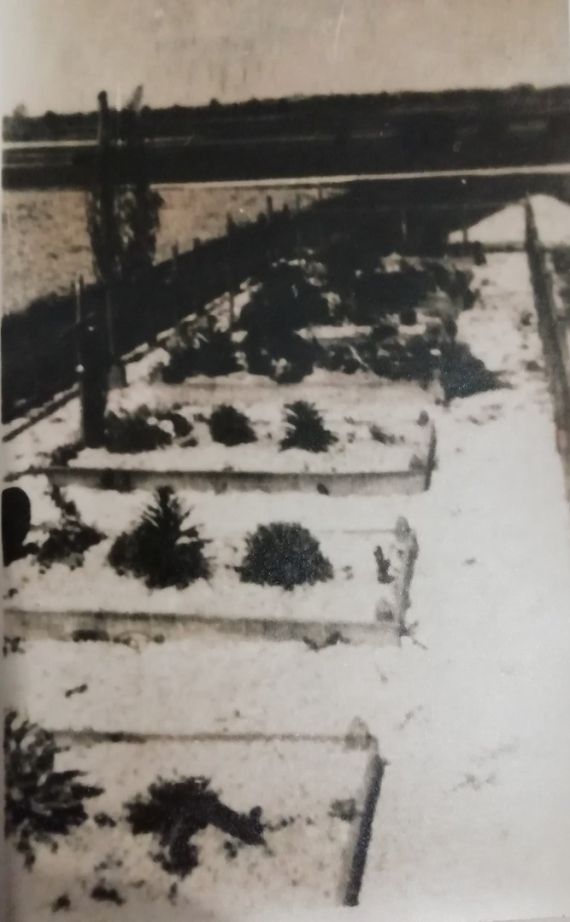 At Buchenwald Blackham became a close friend of Yeo-Thomas the legendary SOE agent 'The White Rabbit'.

Wing commander Forest Frederick Edward "Tommy" Yeo-Thomas, GC, MC & Bar, croix de querre (with palms), Commandeur of the Legion d'honneur, (17 June 1902 – 26 February 1964) was a BritishSpecial Operations Executive (SOE) agent in World War II. Codenamed "SEAHORSE" and "SHELLEY" in the SOE, Yeo-Thomas was known by the Gestapo as "The White Rabbit". His particular sphere of operations was Occupied and Vichy France. 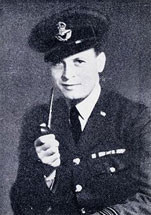 In February 1944, Yeo-Thomas was parachuted into France after flying from RAF  Tempsford. However, he was betrayed and captured at the Passey metro  station in Paris. In endeavouring to hide his true identity,  Yeo-Thomas claimed he was a British pilot named Kenneth Dodkin. He was then taken by the Gestapo to their headquarters at Avenue Foch  and subjected to brutal torture,  including repeated submersion in ice-cold water (each time to the  point that artificial respiration was required to bring him back to  consciousness), innumerable physical beatings, and electric shocks  applied to the genitals. Held in Fresnes prison, he made two failed  attempts to escape and was transferred first to Compiegne prison and  then to Buchenwald concentration camp. Within the camp, he began to  organize resistance, and again made a brief escape. On his recapture,  he passed himself off as a French national and was sent to a  prisoner-of-war camp, Stalag XX-B, near Marienburg. While at Buchenwald, Yeo-Thomas met Squadrron  leader Phil Lamason the officer in charge of 168 Allied airmen being  held there. At great risk, Yeo-Thomas assisted Lamason in getting  word out of camp to the German Luftwaffe of the airmen's captivity,  knowing that the Luftwaffe would be sympathetic to their situation.

1 Feb 1949: Appointed to a Permanent Commission in the rank of Flight Lieutenant.

With his aircraft burning and about to explode he remained at the controls to give his crew time to bale out, moments later an explosion blew him through a glass window knocking him unconscious for a few seconds, recovering quickly he manages to bale out just before the plane blew up, floating down into Maquis Country. Then after almost being shot as a spy he joins and fights with the Maquis. Later after being sent by them to Paris to be returned home, he is captured and tortured by the Gestapo at Fresnes prison, put infront of a firing squad but for some unknown reason, not shot, afterwhich he is sent to Buchenvald for elimination.

Despite all of this he did survive. AMAZING.

I would have thought that by the end of WW11 this would have been enough service for anyone, not so for Blackham, as he remained in the RAF for a further 32 years eventually attaining the rank of Air Commodore;

WHAT A MAN. WHAT A LIFE.

Below is a copy of letter from an unknown person in France, which was received by Blackhams mother.

This is to let you know that your son Tommy landed safely in France near Troyes (Champayne) when his Lancaster was hit.

His crew bailed out while he remained at his post trying to steady his engine. He believed they all had time to save themselves before he was blown out himself by the explosion. He was only slightly injured in the head and after many adventures in the Maquis reached Paris with a friend Lt. Neville Mutter who had fallen also near Troyes some days previously. I met them on the 15th. June and took charge of them for over a month. they were both such charming boys. We all got fond of them and did all we could to make them happy, but they hoped of course to get home. we put them in touch with an agent who was to insure their passage home and we thought they were safely with you since 19th. August. I have just heard with the deepest sorrow that they were betrayed and taken by the Germans, it is a great blow as they were like our own children and I share your grief with all my heart. I pray and hope you will soon have news through the Red Cross and I beg you to let us know. I did not know Lt. Mutters address, I believe his mother lived in Birmingham. He was a Fighter Pilot on Mustang 111. could you try to give the news to Mrs Mutter through the R.A.F.

What a brave, caring lady.