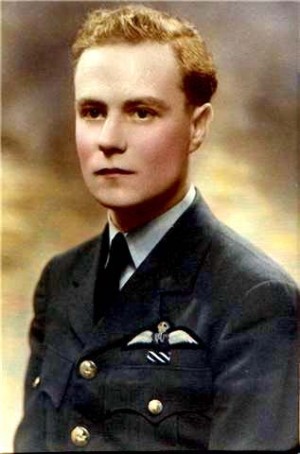 27/04/44. On completion of LFS at Syerston he joined 61 Squadron at RAF Skellingthorpe.

Taken shortly after being awarded the DFC.

Their aircraft was QR-Y. Yoke. 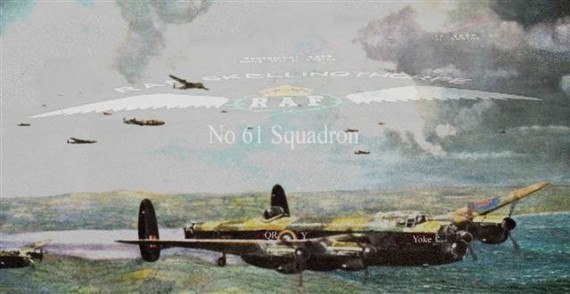 F/O Street commenced flying operations April 28th and 29th 1944 as second pilot, May 1st as captain and thereon until August 5th 1944, which was his last operation. He flew 27 night and 9 day sorties.

Promoted to flying officer on the 26/06/

Together they completed a full tour of operation with 61 Squadron at RAF Skellingthorpe. On 20 August 1944 he was posted to No.16 Operational Training Unit.

Below is an extract from the Steve Darlow's book "Sledge hammers for Tin tacks", by Don Street, 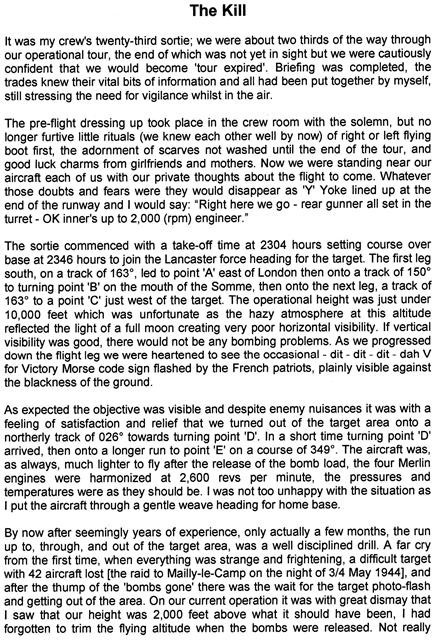 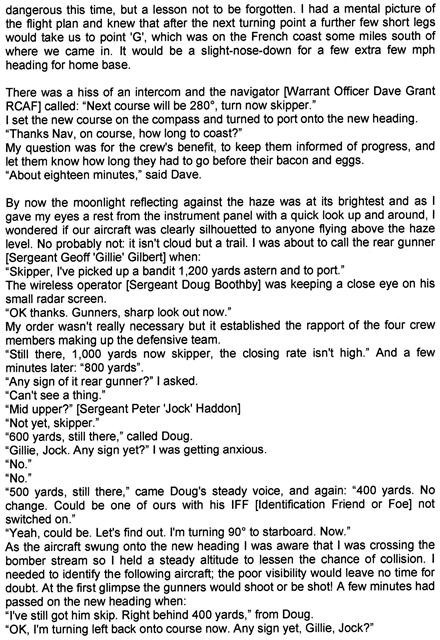 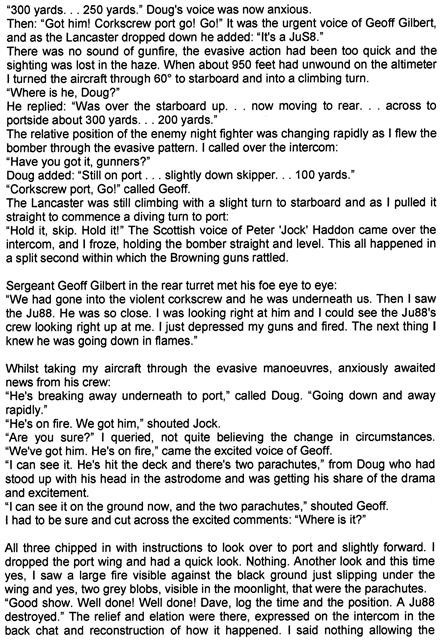 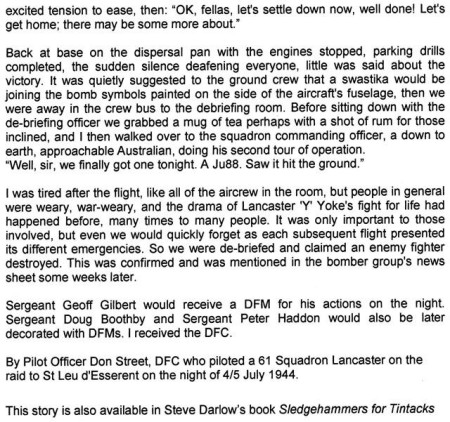 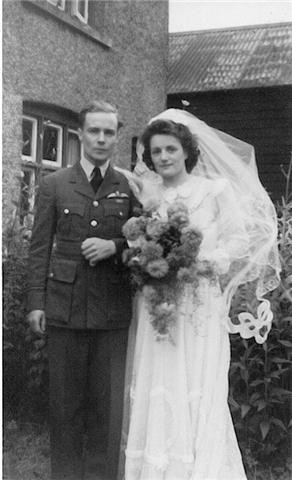 After his discharge fron the RAF on the 30/04/46 he took up a position in civil engineering. He worked for the Tarmac construction plant company, Wolverampton, for 27 years. Having reached the position of managing director with Tarmac by the age of 62, he finally retired.

Doris and Don have three sons, Roderick, Murray and Neville 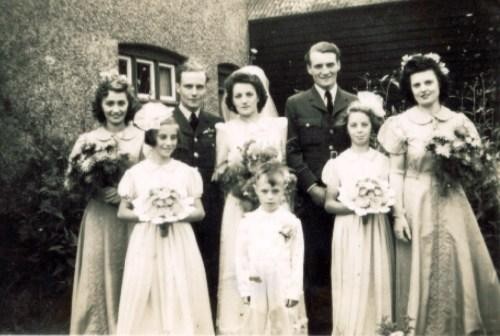 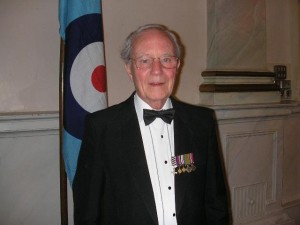 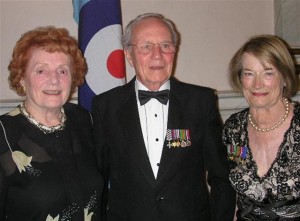 Doris and Don with Jean Gilbert