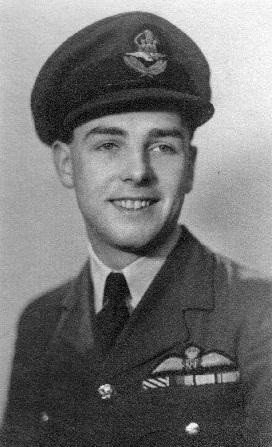 Born and educated in Tonypandy,  Glamorgan.

During WW11 he volunteered for aircrew duties and after training in Canada joined 61 Squadron at RAF Syerston.

Don recalled that his crew "were lucky boys to have survived the 1943/4 Battle of Berlin".

Of 795 aircraft despatched 95 failed to return. It was the biggest Bomber Command loss of the war, some 665 aircrew members reported missing during this one raid.

The Lancaster of Pilot Officer Don Paul of 61 squadron ran into German fighters near beacon Ida. The navigator, F/Sgt R.A.F. Griffin came out of his position, looking out

he saw above them two German single engine fighters wing tip to wing tip about a 100 feet above. They wizzed over our heads and  disappeared. Then they attacked.

One, a JU88, pulled away above them. He then saw a stream of bullets, probably from their mid-upper-gun turret,  going straight into it's belly but with no apparent effect.

Apparently JU88's had armour plating which 303 bullets could not penetrate.

The Lancaster fought off two more attacks in the next fifteen minutes but finishing up at 10,000 ft. with two engines stopped. The pilot decided to get rid of the bombs and turned back. The gunners claimed two German fighters damaged and one probable.

F/Sgt Griffen tells of the return: "Against a strong wind with two engines out we made 80 knots over the ground so we set course for the emergency airfield at Woodbridge, Suffolk.

We opened up the rear door and threw out everything we could move, guns, ammunition, parachutes, but we continued to lose height and thought we would have to ditch. Then over to our left we saw the lights of Manston. The pilot said simply "going straight in" and put her down first time. We were a bit shocked and had stiff brandies before we went to bed.

Next morning I woke up and looked out of the window. It was like a graveyard. There were smashed and burnt out aircraft all over the place".

Whilst taking part in the Nuremburg raid............This officer displayed great skill, courage and resolution throughout.

After completing thirty operational missions, including twelve to Berlin, he was posted to RAF Winthorpe for flying instructor duties.

On leaving the RAF he became a teacher. He joined Newark Church of England Secondary School in 1950 as a teacher of geography and physical education.

During a long and distinquished career he became head of mathematics. He also served as secretary and president of the National Union of Teachers for the Newark area. 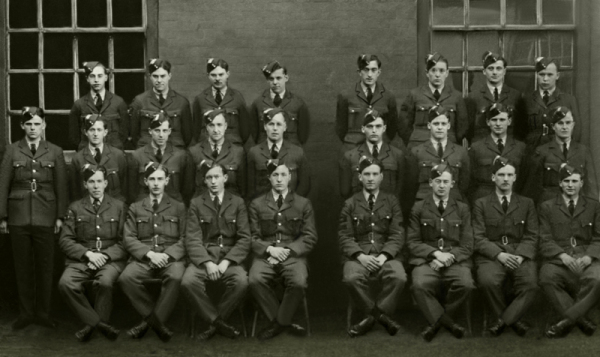