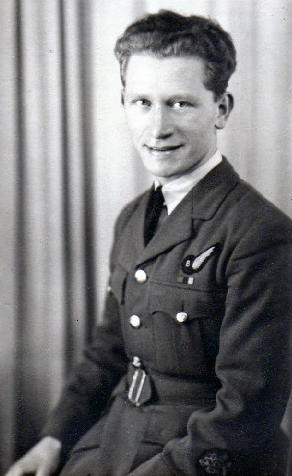 In 1941 he volunteered to join the RAF for flying duties.

After a short period of tests and medical checks he was accepted for training as an Air Observer/Navigator. 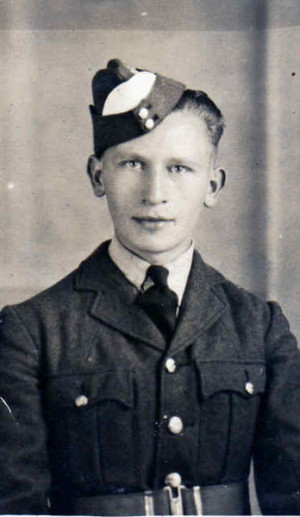 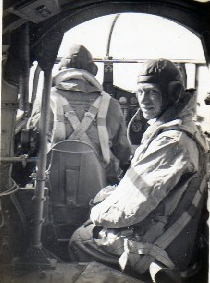 Left is a photo taken at the Initial Training Wing, Torquay.

It was there he met up and became friends with Jamie Barr.

Both Reg and Jamie were sent to different stations in South Africa for training.. 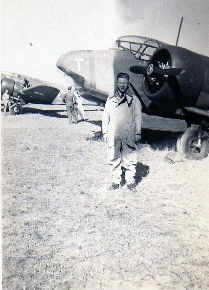 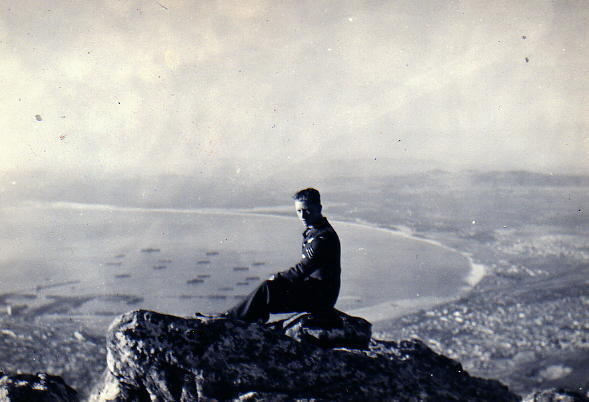 Reg sitting on the top of Table Mountain during a spot of leave in S.A. 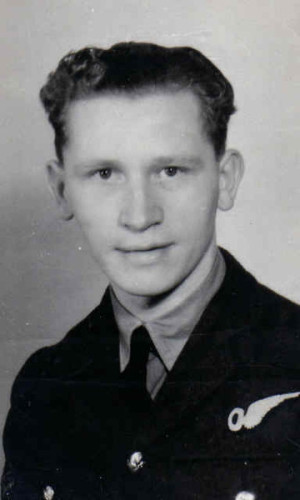 On his return to the UK after qualifying as an Air Observer he was posted to No 2 (O) AFU Millom.

It was there that he met up with Jamie Barr again.

Now that Bomber Command was taking delivery of larger aircraft requiring 7 men crews they decided that the work of Air Observer/Navigator should be split up. Reg became a Bomb Aimer and Jamie a Navigator.

At the time crews were selected by the powers that be, so you can well imagine the delight that Reg felt when he was placed in the same crew as Jamie..

After suffering a perforated ear drum when his aircraft made a rapid decent from 20,000ft to 2,000ft Reg was medically grounded. Dr Jock Cook took his place in that crew. 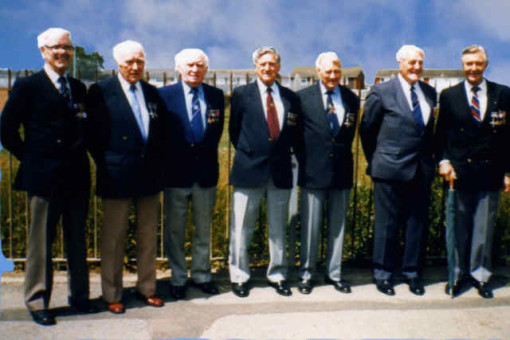 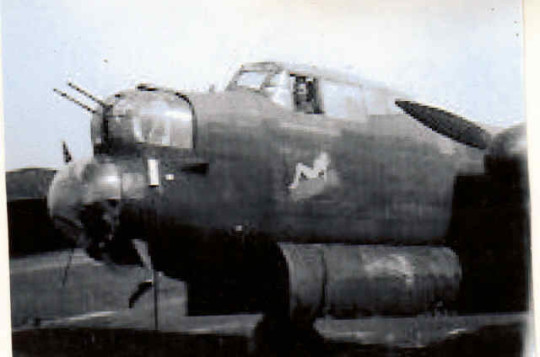 Over the past 20 years Reg has thoroughly enjoyed his annual visits to Lincoln to attend reunion, sadly his old crew members have gradually disappeared. In 2007 Reg and Jamie are the only surviving members of the original crew.

On the 25 Sept 1999 Reg joined Jamie for a flight in the BBMF Lancaster PA 474 "City of Lincoln". He managed with difficulty to make his way to the Bomb Aimer's position in the nose of the aircraft.

Below is a photo that Reg took from the B/A position whilst they made a fly past over the WW11 Memorial on Cleethorpes, Lincolnshire's sea front where a 6ft Aircrew statue was being unvelied to commemorate the Beaufighter Strike Wing at RAF North Coates.

They did a flypast over RAF North Coates itself and then followed this with a further flypast over RAF Leeming. During the flight he had a wonderful view of the Yorkshire countryside on the return journey to RAF Coningsby.

According to his log book they were airborne for 1hr 40mins.

How other ex-WW11 aircrew must envy him! 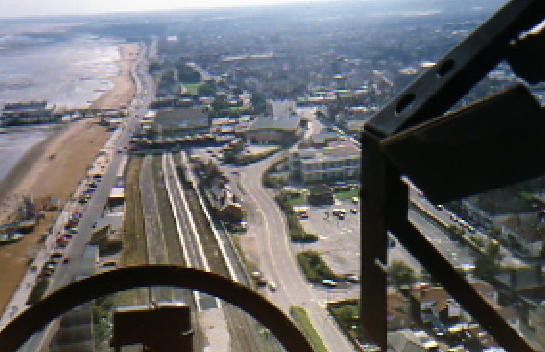 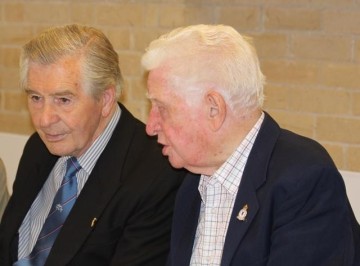 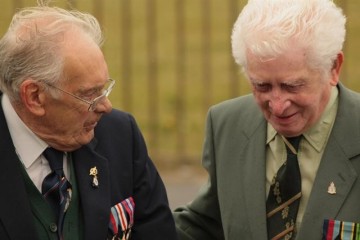 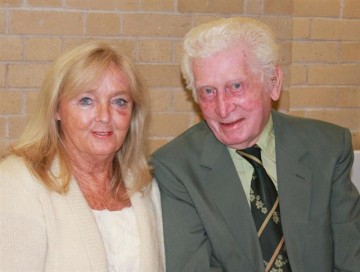 Patricia Townend and Reg at the Friday night Skellingthorpe dinner.