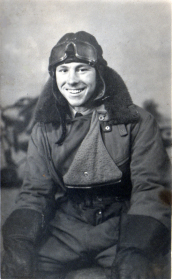 Albert Ernest Roberts was born on 7th February 1922 and was the son of Isrial and Elizebeth Roberts of Hythe, Kent. Before joining the RAFVR, Albert was a Butcher by trade and a musician in the Salvation Army in Chichester, Sussex. 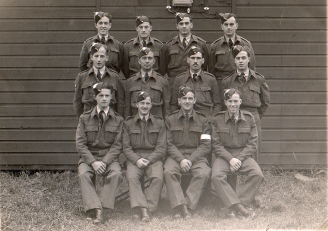 By late 1942 he had completed his training and joined 50 Sqn on 23rd February 1943.  Only 40 days later he was listed as KIA: Albert was only 21 when he died. Sgt Albert Ernest Roberts was the Wireless Operator of Lancaster ED482 which took off from RAF Skellingthorpe on the night of 2nd April 1943 at 20:28hrs on a mission to drop sea mines known as “Gardening – Deodars Area (Bordeaux)”. Of the 33 bombers on this mission ED482 was the only one that failed to return. Nothing was heard from Alberts aircraft once it was airborne, although records show it was shot down near L’lle de ‘Oleron near Bordeaux. The crew on this mission, are listed as KIA and have no known graves, were:

Before his loss Sgt A.E. Roberts had taken part in the following missions:

Sgt Albert Ernest Roberts is commemorated at the IBCC on Panel 090. 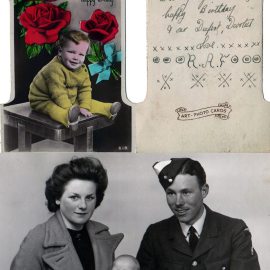 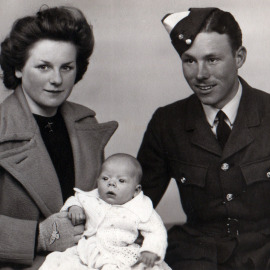