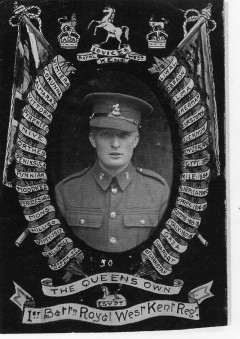 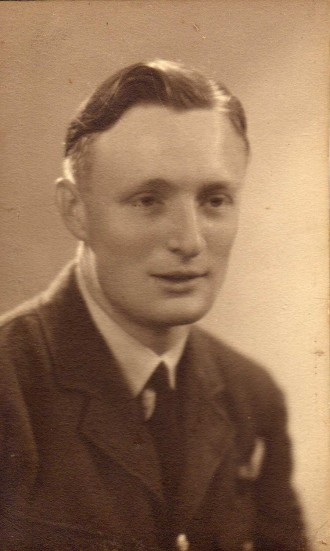 The target for their 5th operation was the DORTMUND/EMS CANAL at LADBERGEN, 15 MILES NORTH OF MUNSTER, 23/24 September 1944. Their aircraft QR-K.

Shortly after crossing the Dutch coast we were attacked by a Bf 110, both gunners engaged and the enemy aircraft broke away. We were then concentrated on by flak batteries and suddenly found ourselves coned by searchlights. The Skipper dived the aircraft down from 20,000 feet, and by 10,000 feet we had lost the searchlights. However our real trouble now began. The aircraft was not responding to the controls. We continued to lose control and it was deemed prudent to jettison the bombs and return to base. However when the load went the aircraft became even more difficult to control and despite the combined efforts of the Skipper and the Flight Engineer, backwards pressure on the control column was having no effect and we continued down alarmingly. The order was given to abandon aircraft. From my position I swung the turret round, slid open the rear door, disconnected my oxygen tube and intercon and fell out backwards. The next thing I knew I was floating downwards, everything was quiet and peaceful, save for a faint hum of the wind in the shroud lines. Now a new noise kept repeating itself and I realised that the war was becoming somewhat personal...I was being fired at from the ground. I continued to search the ground keenly. I could see trees and hedges clearly. I realised I was droppng straight down but carrying along above the ground at a very fast rate. It was then that I saw my first German soldiers, they were positioned some distance apart from one another. I was very close to the ground and heading straight for one chap. He was running towards me, having misjudged my speed of approach and caught him, full force, in the face with my boot as we collided. There was a sickening crack. I was on the ground now being bundled along by the force of the wind. Three times before I could release myself from the harness I was carried back up into the air. I was along way from the soldiers now. Finally I managed to collapse the canopy and quickly disposed of it into a ditch. I made off quickly as I could accross fields and soon came to a rough track. I followed this and eventually came to a farmstead. The place seemed deserted. I approached with caution but a dog began to bark. Soon a faint chink of light appeared, a door opened and a man appeared. There was nothing for it now; I approached, we stared at each other. I spoke, "Dutch?" He drew himself up "Hollander ... Deutsch kaput" and spat on the ground. From this I knew I was safe. I said I was RAF and pointed to the sky, by my appearance, he must have been convinced and dragged me into his house. His wife and little girl appeared and the next few minutes were confusion................ 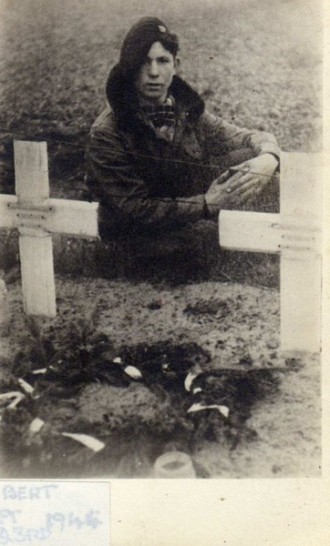 This young Dutch boy found Sgt Jennings body, buried it in a shallow grave to hide it from the Germans. Late he returned,  recovered it and took it to the local cemetery. 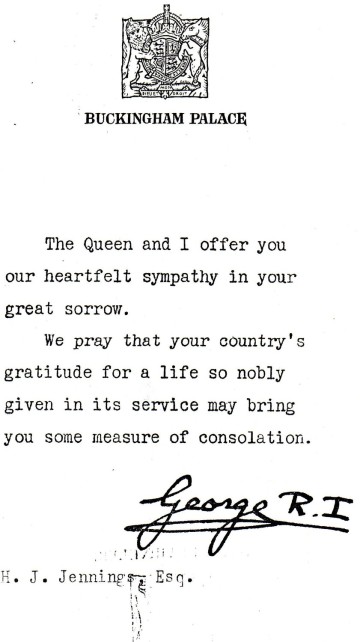 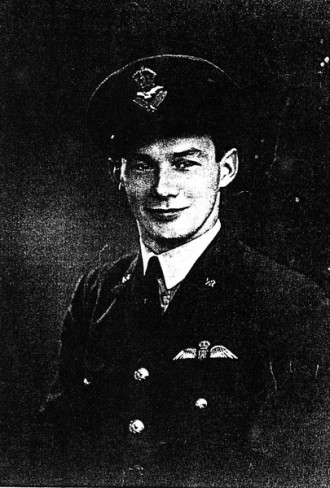 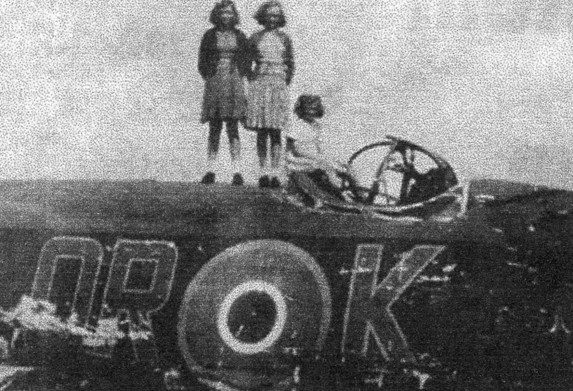 The three van Hock girls on the fuselage of QR-K.

The stricken bomber missed the top of their family farm house crashing 1000 yards away in one of their fields. 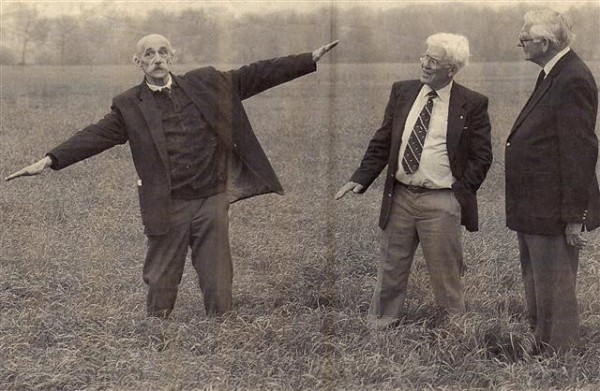 1995: Leo van Hock shows Charles Cawthorne and John Wheeler how their Lancaster bomber crashed into the field near his farmhouse. 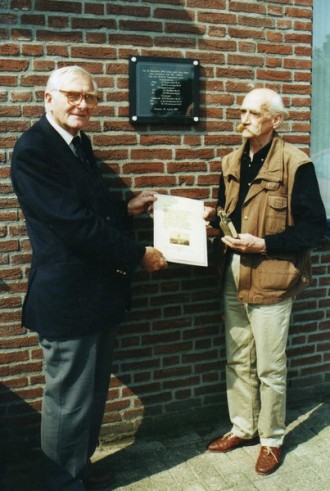 John Wheeler and Leo van Hock at the site where the above plaque is situated. 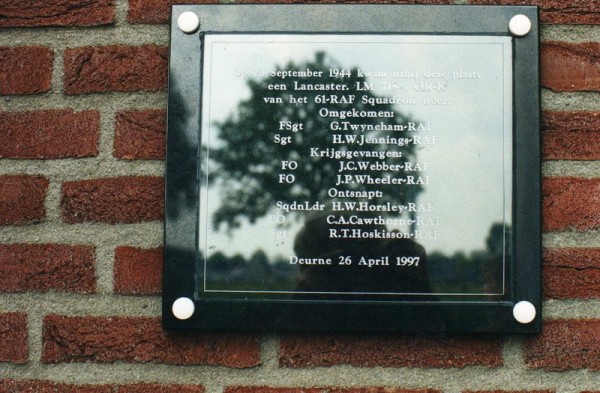