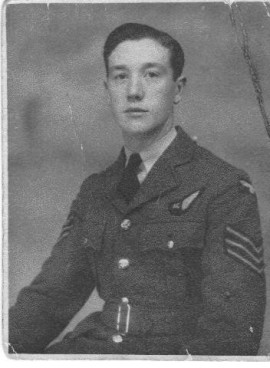 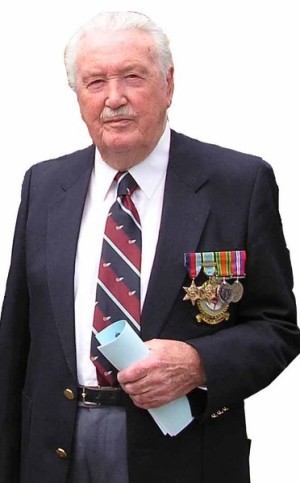 Arthur was born in 1922 in Lancaster, Lancashire. Educated at elementary school, owing to a scholarship won in 1933 not being accepted for financial reasons, but supplemented by evening classes during employment with a local chartered accountant. Later, as a reluctant shop assistant with the Lancaster Co-op Society he was cheered by the thought of enlistment in the RAF at the first opportunity, following a greatly enjoyed pleasure flight in an Avro 504.

1941. Joined the RAF at Blackpool as trainee wireless operator after 6 months attestation at Warrington. 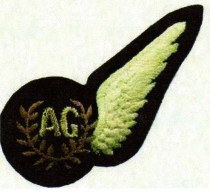 Stormey Down, Wales, Gunnery School. On completion of training he was awarded his AG brevet and Sgt's stripes.

Photo below was taken at Winthorpe. 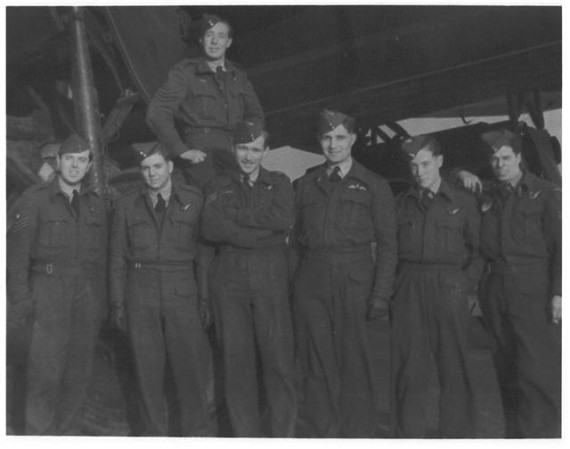 On Sunday 13th February 1944 he joined No.61 Sqn at RAF Coningsby. On arrival at RAF Coningsby for active duty with 61 Squadron Sgt Harraway Nav. was replaced on medical grounds. F/O Dickie Ward Nav. took his place.
The Acott crew infront of their old faithful Lancaster QR-T at RAF Coningsby. 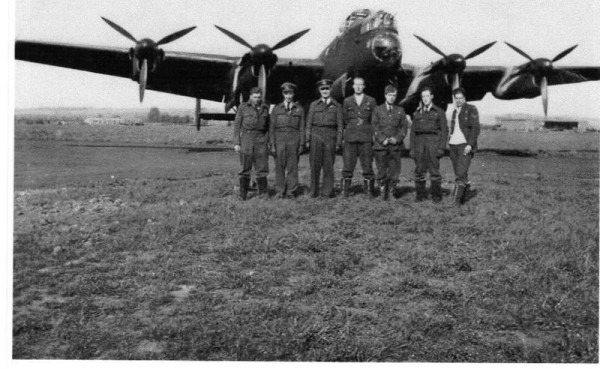 His first operation was to Stuttgart on the 15th March 1944. This operation should have been aborted as the master compass was malfunctioning due to a generator fault. Indeed, this proved to be a most traumtic flight, and but for the vigilence of the ground crew manning an isolated flashing beacon site in Somerset. they would have most certainly continued accross the Bristol Channel using the last dregs of of fuel and crashed on the Welsh mountains on the other side. In responce to their a distress calls a lifeline was thrown; the runway lights at RAF Westonzoland, which was directly below, were switched on, however when they were unable to land these lights were about to be switched off. Only the vigilance of the beacon ground staff, who realised that another landing was being attempted,  saved the day.

Their first attempt to land had to be aborted because of hydrailic failure which prevented the wheels and flaps from lowering by normal means. After a nail biting overshoot they finally managed to land using emergency proedures.

They spent 3 days at this location while ground crew flown down from Coninsby repaired the faults including Arthur's radio transmitter.

On their return to Coningsby on the 19th March it was agreed that they proceed with their long delayed leave and in doing so missed the infamous Nuremberg raid on March 3lst.

He flew three more operations at RAF Coningsby before the sqaudron moved to RAF Skellingthorpe on 15th April 1944 where he completed his tour of operations.

After Trevor Bowyer finished his tour and left the crew, Arthur, completed a further 16 operations in LM452 mainly on French targets, before and after D Day on  6th June., four of which were daylight trips. At the time French targets were classied as lower risk (this lower classification was later changed), however, when he replaced a sick member of 'S' Sugar, piloted by P/O Hallet to Prouville on 24th June ., a total of 16 aircraft were lost in 10 minutes over the Flying Bomb sites, two from 61 squadron. Arthur knew the wireless operators of both aircraft, Sgt Donahue and F/Sgt Kemish with whom he chatted while waiting for transport to the dispersals.

He finished his tour of operations on 26 July 1944 with a trip to Givors.

Athur was awarded the Legion D'Honour by the french government for his part in the Normandy campaign. 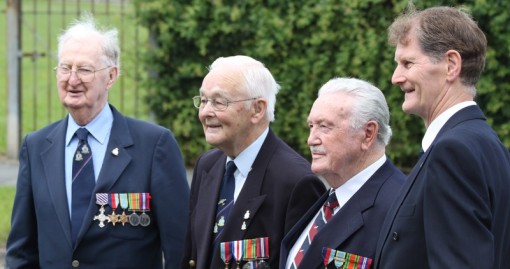 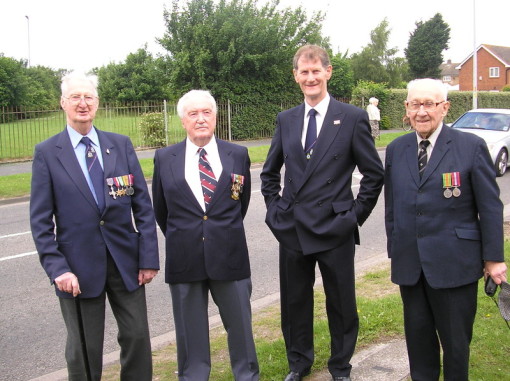 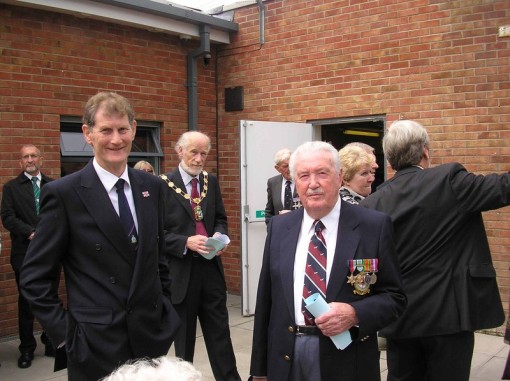