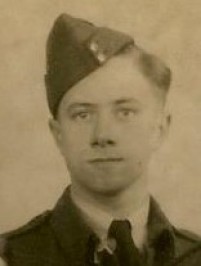 Volunteering for aircrew duities Bill Allen and followinghis basic training he was posted to No.10 Air Gunnery School at RAF Walney, Following this it was on to No.17 Operational Training Unit at RAF Silverstone. It was here where they crewed up and the crew of five were, F/O A F Cathro; Pilot, F/O M G McClisky; Navigator, F/O P M Rooney; Bomb Aimer, W/O G E Hawkes; Wireless Operator and himself as Air Gunner.

They were then posted to No.5 Lancaster finishing School at RAF Syerston where they were given two more crew, Sgt R Hood; Flight Engineer and Sgt D M Bradford; 2nd Air Gunner. This completed the crew of Seven. 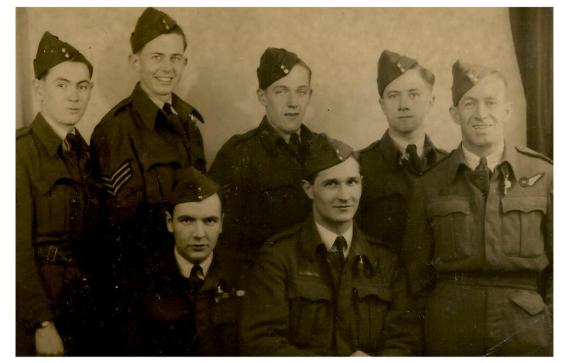 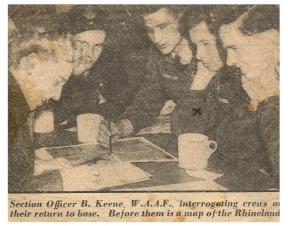 The newspaper clipping left shows them during a debrief after one of their operations, showing L to R Hawkes, Cathro, Allen and Rooney.

Operations began on 5 March 1945 and their list of operations are;

We are grateful to Suzanne Holwell and David Lee Allen for the details on their father.