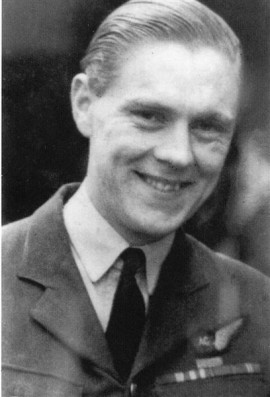 Geoff Gilbert was born on the 12th of March 1924 in the village of Burythorpe, four miles from Malton.

With racehorses and stable personnel all around, Malton was considered to be the Newmarket of the North.

His father was a  Hunt Servant with the Middleton Hunt at Birtsall, about three miles from Burythorpe.

After a time they moved  to the Nothumberland at Stainfield, near Berwick -on-Tweed.

At the age of five Geoff was sent to the village school at Ford.

Next they moved to the Gloucestershire after which they made their final move, which was to the Cambridgeshire Hunt

at Caxton, there he helped his father at the the Kennals as a Whipper-in to the Cambridgeshire.

When he was eighteen Geoff volunteered for aircrew duties with the RAF.

His Air Gunnery Course was at Morpeth, on Ansons and Bothas.

Polish Pilots flew these aircraft and Geoff thought that this was more dangerous than his tour of operations!!

Next they moved to RAF Syerston for Lancaster Finishing School (LFS).

From there they moved to RAF Skellingthorpe for active duty with 61 squadron.

During a raid to Gelsenkirchen near Essen a blue naster searchlight beam latched onto them, immediately  four or five searchlights

honed onto them, fortunately there was no enemy fighters in the air at the time, nevertheless there was intense flak to contend with. It

took 11 minutes of violent evasive action, ie. diving, climbing rolling and a loss of around 4,000ft,  before they were able to get back to a black sky.

On May 3rd 1944  they took part in a raid on Mailly-Le-Camp, France, which was where the 2nd German Panser Division was stationed.

Before this raid airmen were told that "it will be a piece of cake", needless to say it turned out to be one of the biggest bomber disasters

of the Second World War.

target, now visible the navigator had no plotting to do so he was acting as an extra look out.  "Look ahead" he urgently called, "Skip jammed the controls hard back, climbing the aircraft sharply as another bomber missed us by yards". "I saw the rivets on that one" drawled the Canadian. "bombs gone, let's get the hell out of here" called the bomb aimer. As they left the target  they could see burning aircraft on the ground and black smoke drifting like  funeral pyres. Suddenly a bomber on there starboard  side exploded, obviously German fighters were among them. A Merschersmitt attacked them. Don immediately dived steeply it and they lost it.

With German fighters trailing the mainstream they did not want to stay close to it so the pilot told the navigator to set a new course.

On arrival back at Skellingthorpe they were to find that all 61 squadron aircraft had returned safely and that four  50 squadron had failed to return.

The Bomber force lost a total of 42 aircraft, some 294 airmen failing to get home.

At the end of his tour of operations Geoff was awarded the DFM. The citation reads.

Flight Sergeant Gilbert has operated  with skill, determination and enthusiasm as a gunner over a period when strong fighter opposition was encountered and has completed a tour of operation. In July, 1944, when detailed to attack St. Leu d'Esserent, the aircraft in which Flight Sergeant Gilbert was a rear gunner was attacked by an enemy fighter. At a range of three hundred yards he opened fire. Soon after hits were observed on the enemy fighter and it caught fire and crashed to the ground where it exploded.  A considerable measure of the successes achieved is attributable to Flight Sergeant Gilbert's ceaseless, untiring and skilful watch, while his keen and unflagging spirit has set an example to other gunners of the squadron.

His mother and father accompanied to Buckingham Palace to collect his Distinguished Flying Medal.

After travelling by train to Kings Cross the ordered taxi failed to turn up. After waiting a while they asked   the conductor of a nearby bus if it was going to the "Palace", "yes" was his reply' .  IT TOOK THEM TO CRYSTAL PALACE!!!!

Somehow they got back to London.  On reaching the Mall they were getting desperately short of time so they began running as fast as they could towards the Palace ( the real one !!). Suddenly a passing staff car pulled alongside them. it's rear door opened and the General inside beckoned them to jump in. They entered Buckingham Palace in style. They never did find out the name of the General. They would have loved to have thanked him properly. 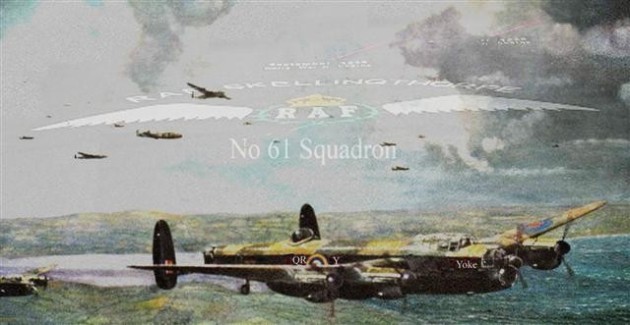 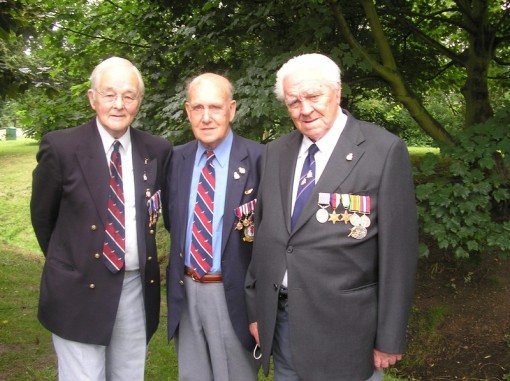 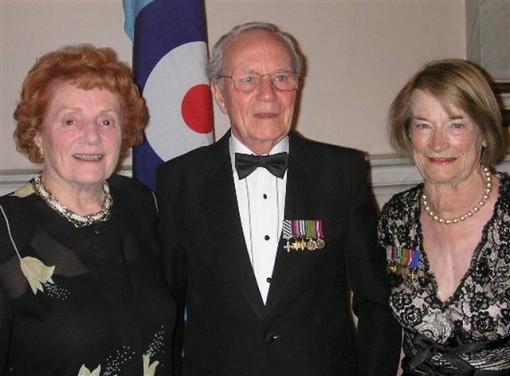