Volunteered for the RAF in early September 1939, serving on No.61 Squadron. Stationed at North Luffenham.

He flew in a variety of aircraft, but was shot down in a Manchester on night of 31st January 1942, which had taken off from Woolfox Lodge at 18.45.

They were on an operation over Brest, whilst after the Scharnhorst and Gnesenau (pocket battelships). Apparently, 72 aircraft were on this operation and 2 Hampdens and 2 Mancherters failed to return. He was one of six survivors, two having been killed in action or drowned and was taken prisoner of war.

He was taken to Stalag V11B (later Stalag 344 Lamsdorf), which was near Krakow in Poland. He was held there until 22nd January 1945, when the camp was evacuated, because of the nearing Russians from the east, and was part of the Longest March,

(according to the book "Last Escape" - John Nichol & Tony Rennell - those from this camp marched the longest distance of all allied POWs).

As was Flying Officer W. Layne of 61 and Warrant Offer John Firth of 50 ,

He ended up at Fallingbostel and was liberated from there in May 1945. 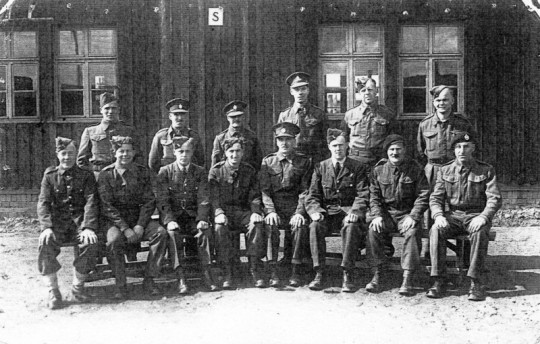 Sgt Hadley is 3rd from left on front row 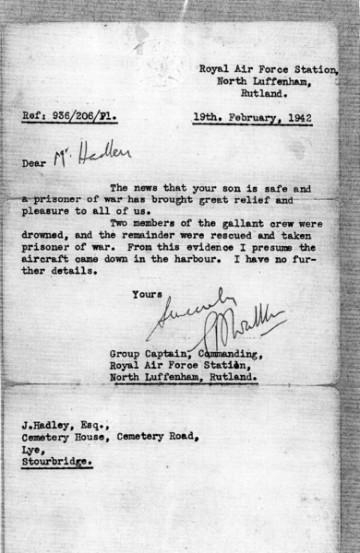 In 2001 Chris Stevens interviewed Albert Hadley at his home and we are grateful to him for letting us add it to our web site. He tells the story from when he was shot down, landing in the sea and becoming a prisoner of War.