Sergeant James barton was posted in to 50 squadron at RAF Skellingthorpe from No.5 Lancaster finishing School on 12 February 1945, along with he rest of his crew, captained by Flying Officer D N King.

Their first operation was on 20 February 1945 to attack the Mitteland Canal at Gravenhorst.

The aircraft was shot down by flak and crashed at Scharben-Hochdorf. All the crew are buried at the Durnbach War Cemetery. At 37 Sgt Russell was well above the average age for Bomber Command aircrew. 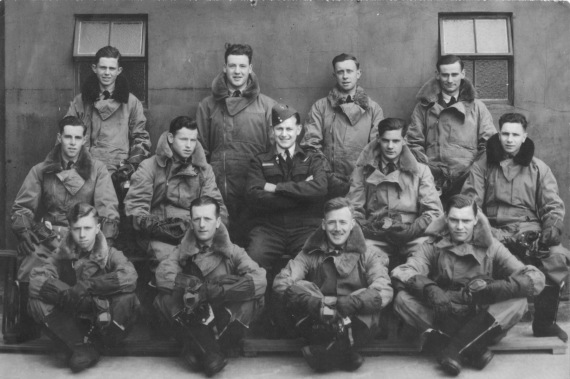 We are grateful to James Barton's grandson Russell Barton for the details.