W/O 11 Thomas Herbert Warne  Pilot and crew killed in training.

On the 18th of February 1943, a crew from 61 squadron, RAF Syerston had been on a long cross country training flight when, at 22.56 hrs, after 6 hrs 45 mins flying, a con rod broke on the inner starboard engine, causing a fire, which despite their best efforts, they failed to put out. A combination of this and the fact the landng gear was in the lowered position, caused them to lose control and the aircraft crashed.

All 7 crew members were killed and at 23 years of age the pilot, a Canadian from Saskatchewan, WO11 Thomas Herbert Warne was the oldest and most experienced member of the crew despite only having 15 hours of night flying experience on this type of aircaft.

All the men except the Canadian Pilot are buried in their home towns, while he is buried in the Newark War Cemetery. 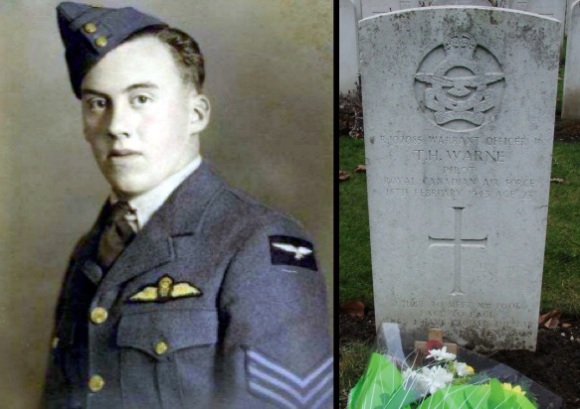 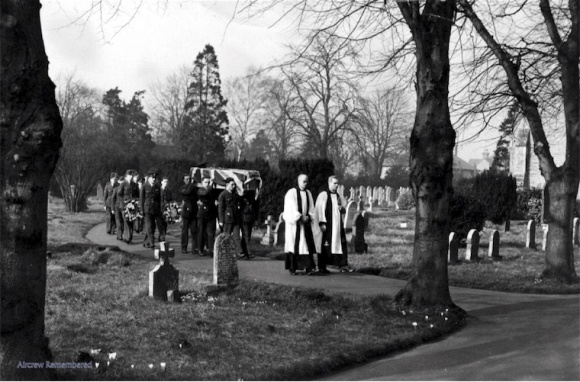 The last crew members of Lancaster W4270 were

A Memorial to this crew was built in the new burial ground of Staunton Church for the millenium exibition. The stone was kindly donated by Mr and Mrs E. Staunton, a Lancaster propeller  was donated by LARG (Lincolnshire Aircraft Recovery Group) organised by Ian Blackmore, the actual memorial plinth was built by Lee Bingham and memorial plagues bought with donations raised by Di Ablewhite autioning off her Bomber Command Loss Books.

The position of the Memorial overlooks the crash site 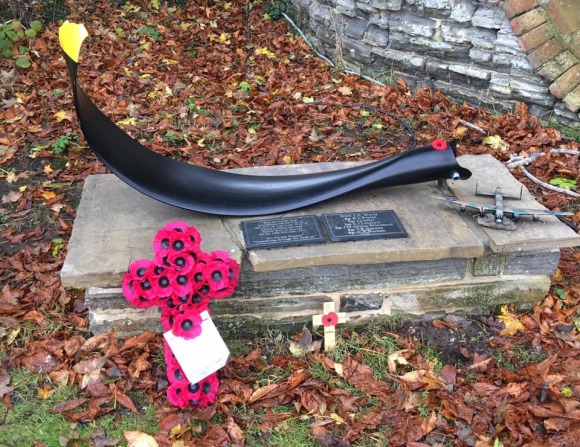 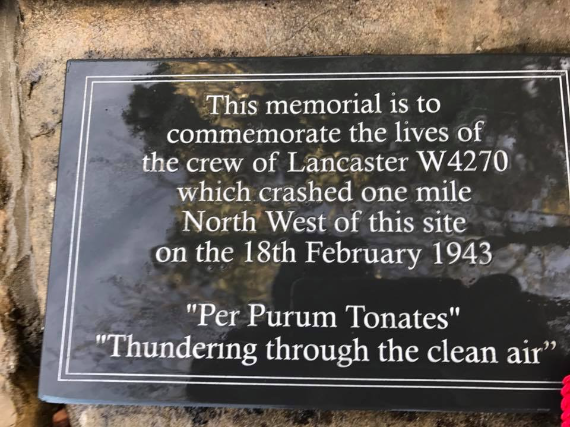 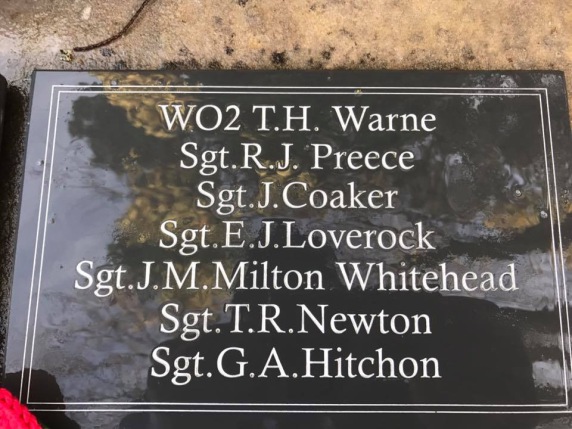 In November 1999, Mr Sid Baggeley, a retired farmer of Staunton, asked a family friend (Di Ablewhite- seen in the photo below) if she could do an investigation into a plane crash which he had witnessed in WW11, he knew that she was interested in history and archaeology. For obvious reasons this tragic event left a mark on him, and since that night he had wanted to know more about what had happened. He had heard several rumours including the fact that one was a Canadian, but knew nothing of where they flew from or any other details being of course wartime. 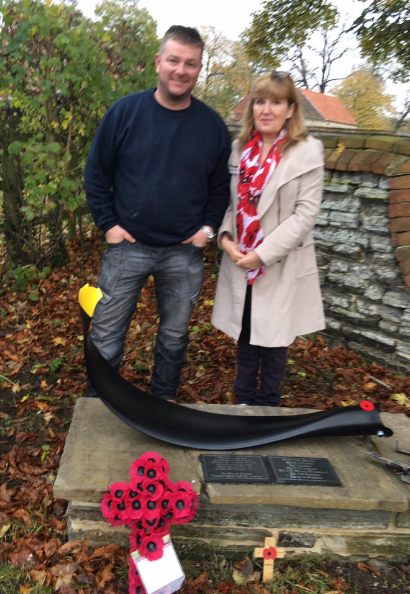 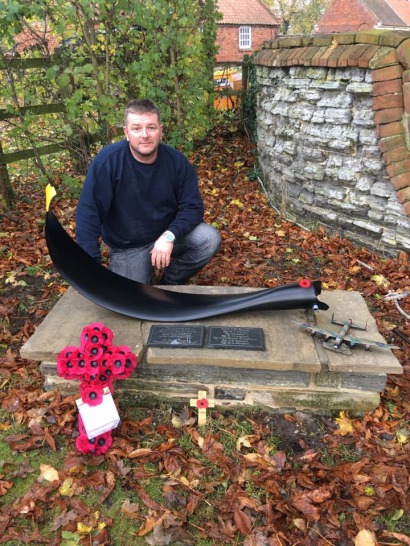 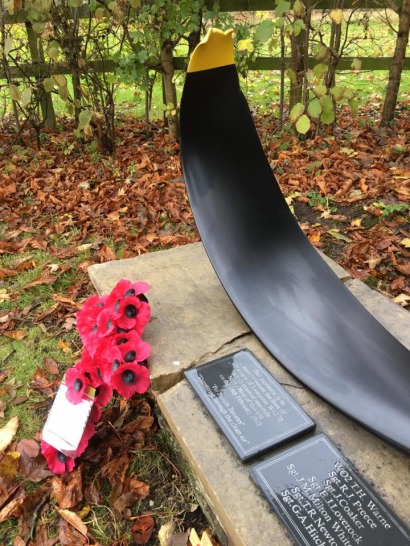 Author Comment. How wonderful it is that villagers from the Staunton area should get together to produce and maintain for more than a decade the Staunton Lancaster Memorial so that the memory of this unfortunate 61 squadron crew will live on.

Please accept the grateful thanks of the No 50 &  No 61 Squadron Association and the few surviving WWll Aircrew Veterans.