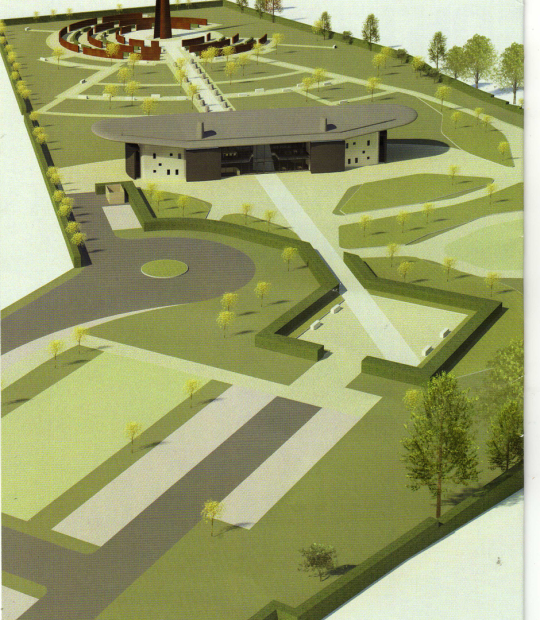 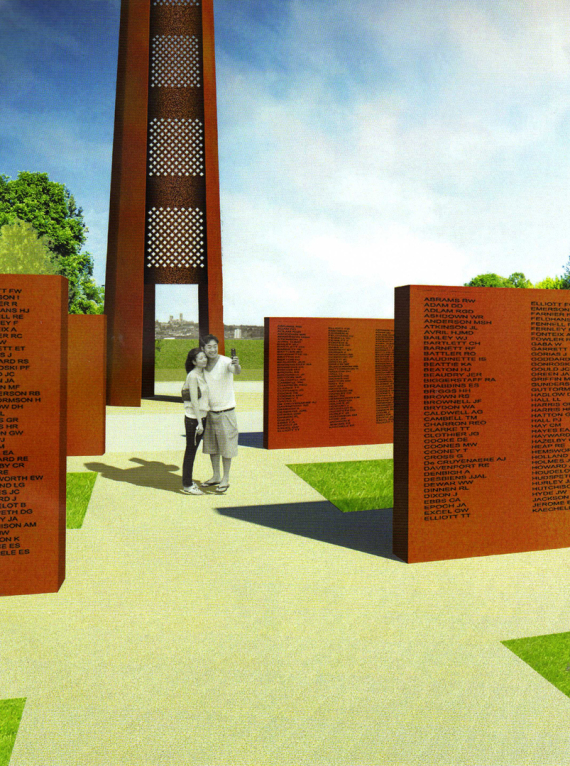 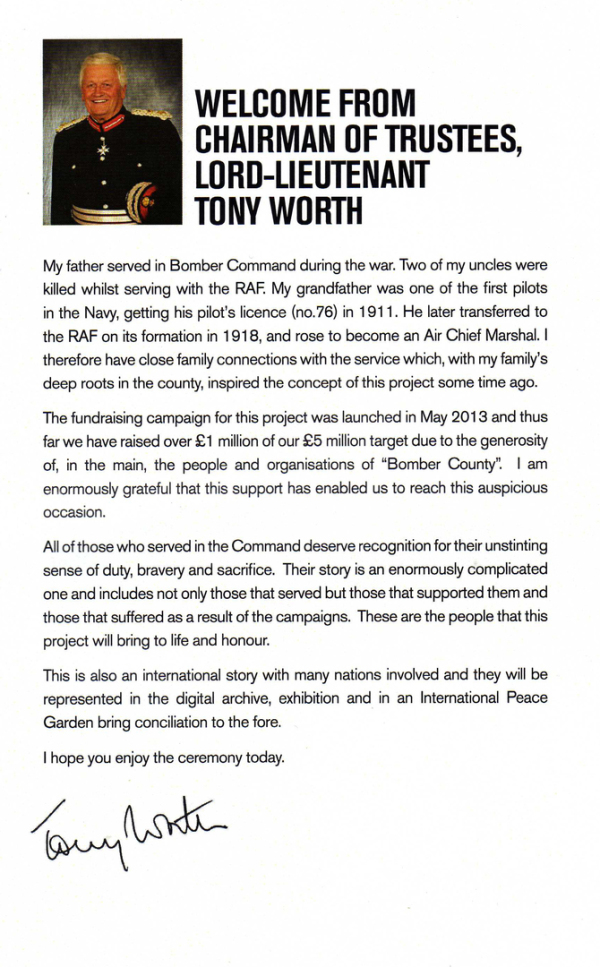 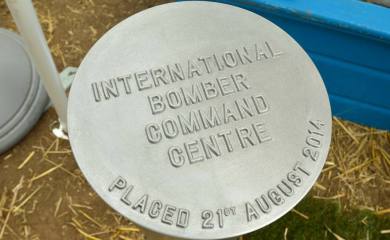 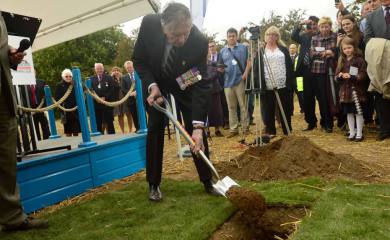 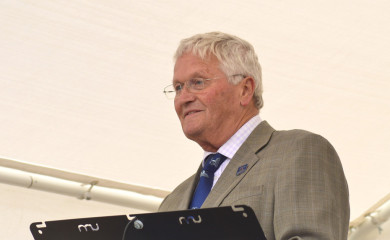 Tony Worth, Lord Lieutenant and Chair of Trustee's 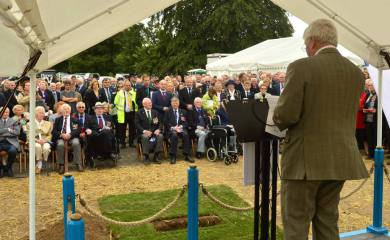 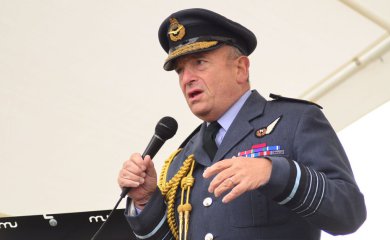 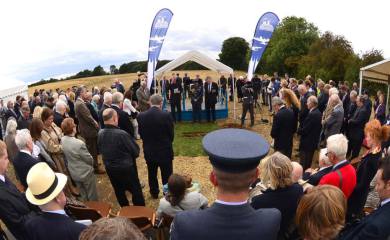 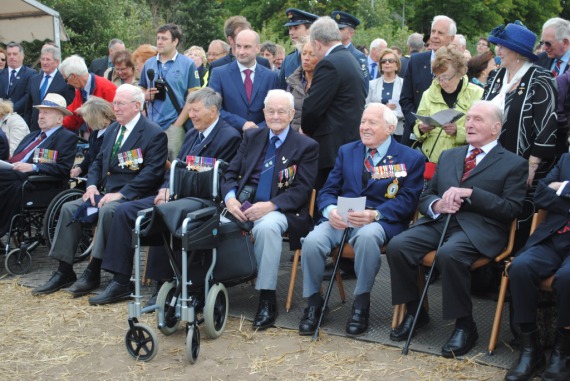 3rd from right, James Flowers, on his left is long time friend Ron Brown. Ron F/E completed a tour with 218 and a further tour with 75. During his 64th op. his aircraft was badly damaged by enemy action and crash landed on the UK coast. His 2nd tour was then declared complete.

The first veteran from the right side is Johnny Johnson the remaining living Dam Buster raid crew member. 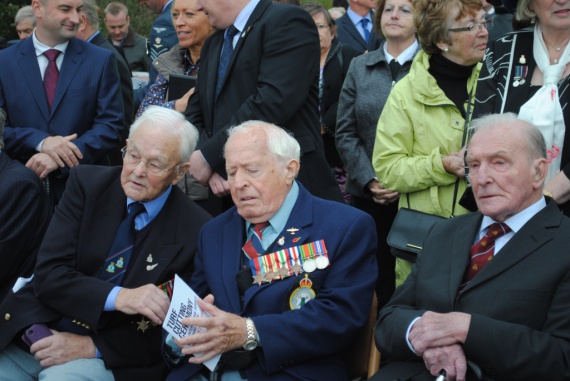 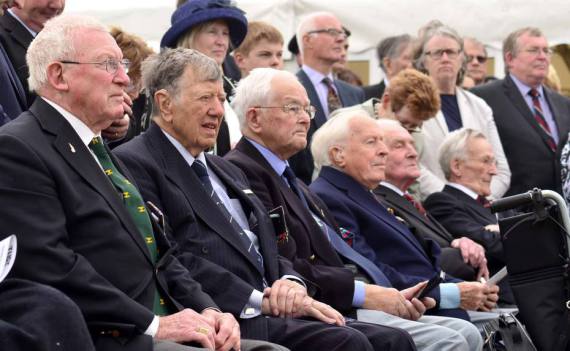 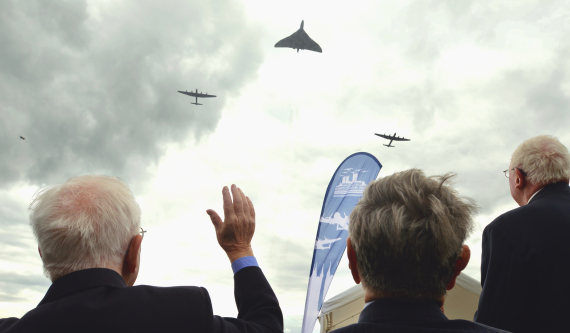 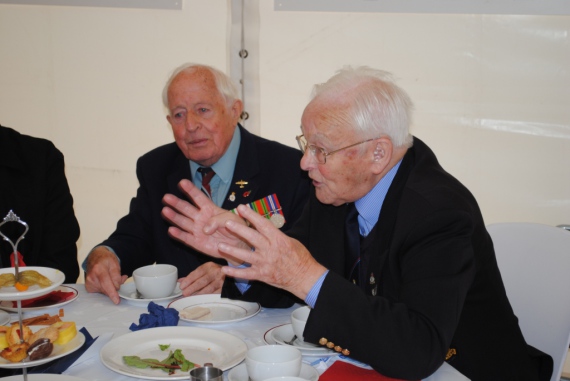