The photos 1 to 7 were taken at the London Guildhall by Wg.Cdr. Jim Wright DFC and his son on the 27th June 2012. The day before the official unveiling, . 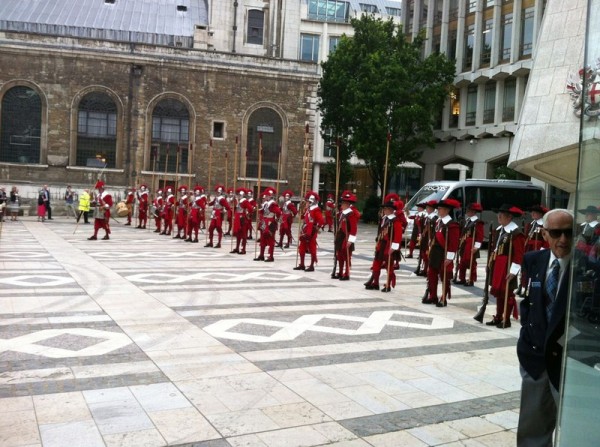 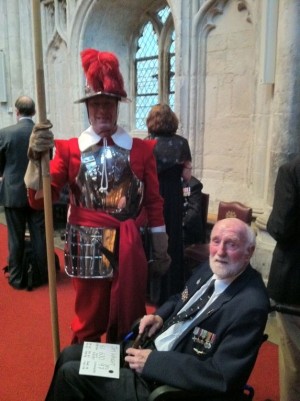 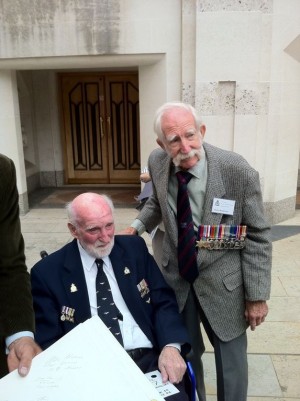 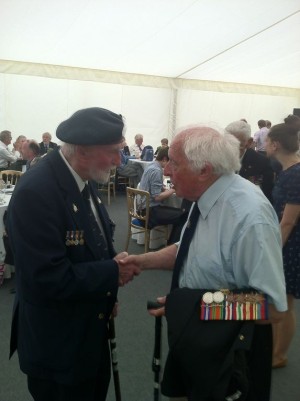 Jim in conversation with Ron Brown,F/E. Ron's lst tour of ops was with 218. His 2nd tour was with 75 NZ squadron. On his 64th op. his aircraft was badly damaged by German fighters. They just made it back to the emergency airfield at Woodbridge on the Suffolk coast line where they crash landed. 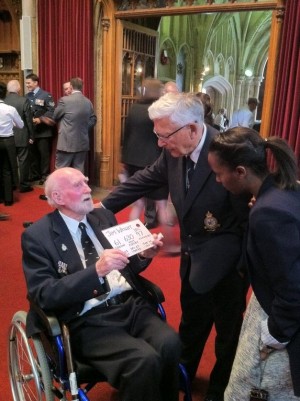 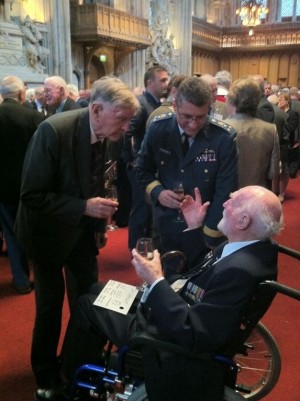 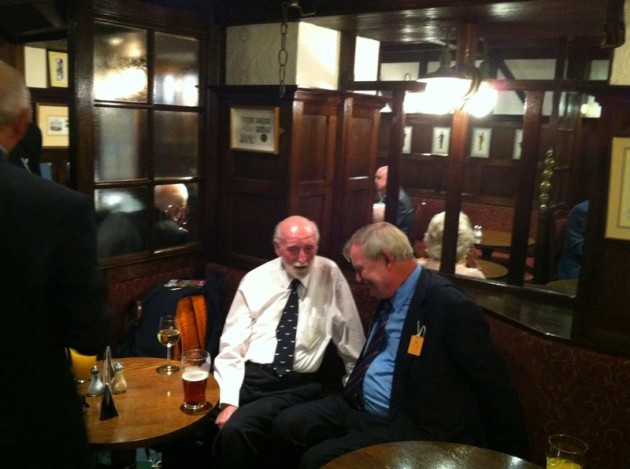 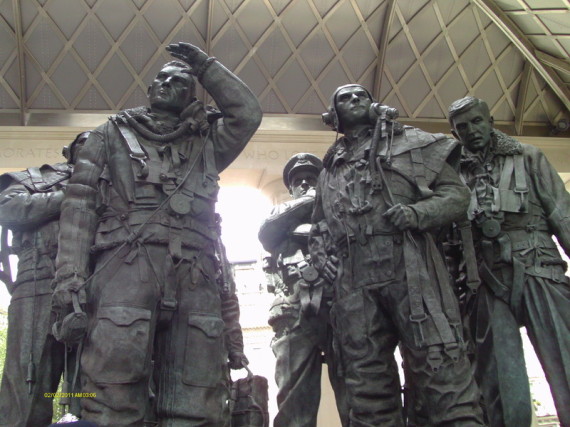 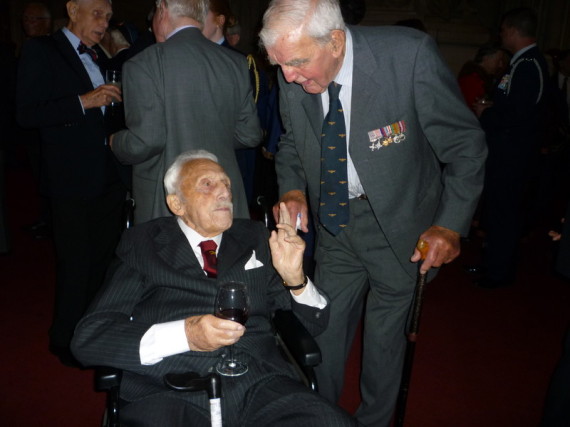 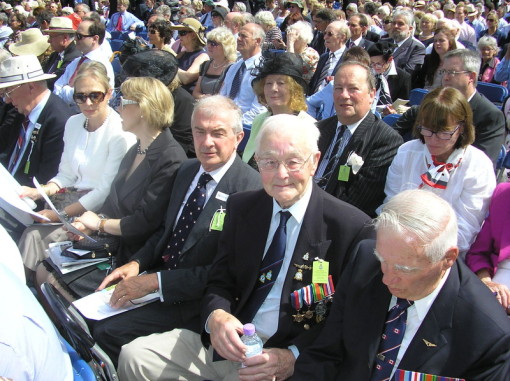 AVM Nigel Baldwin, James Flowers and a Canadian F/E enjoy the atmosphere at the gathering. 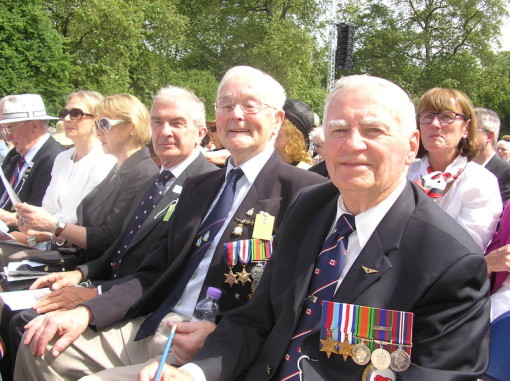 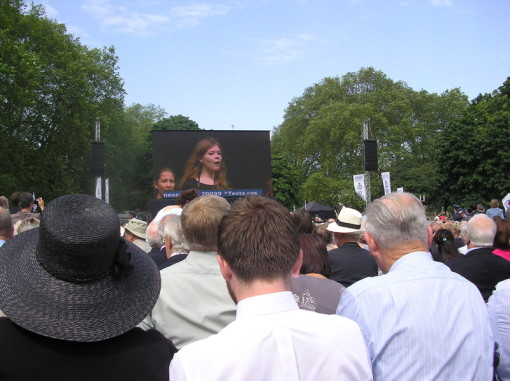 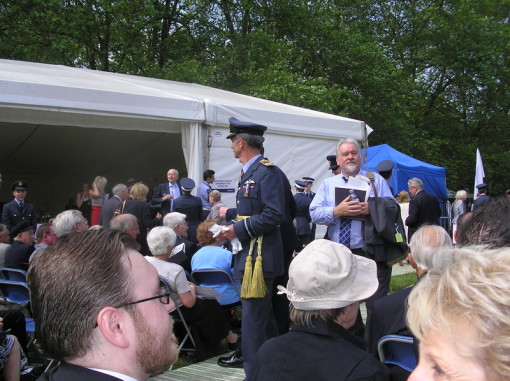 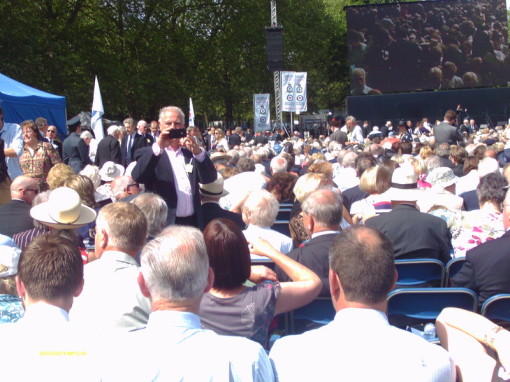 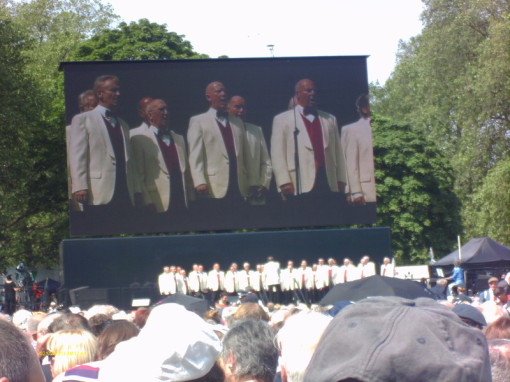 Trying to prevent sun stroke. It was boiling. 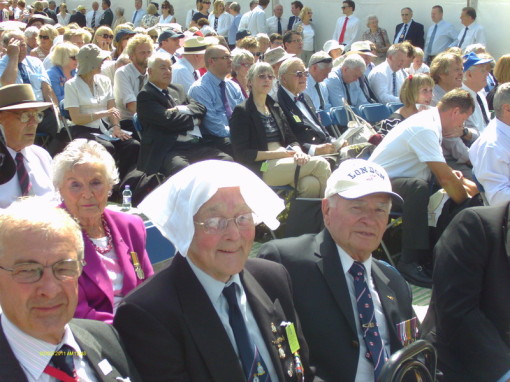 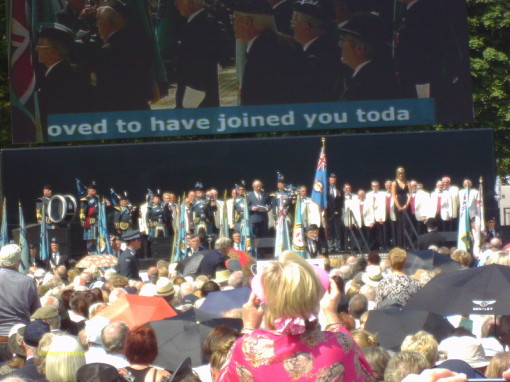 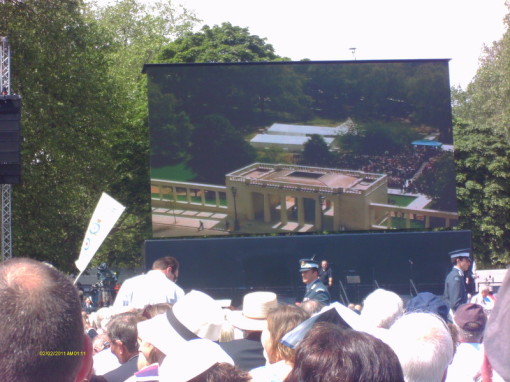 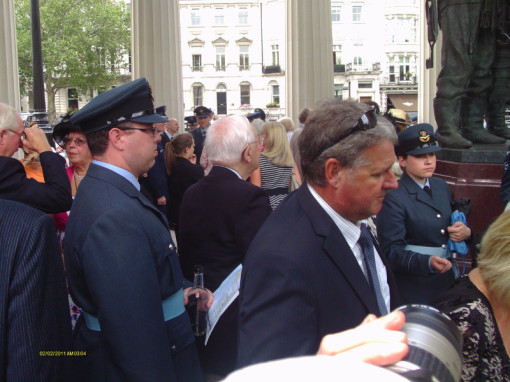 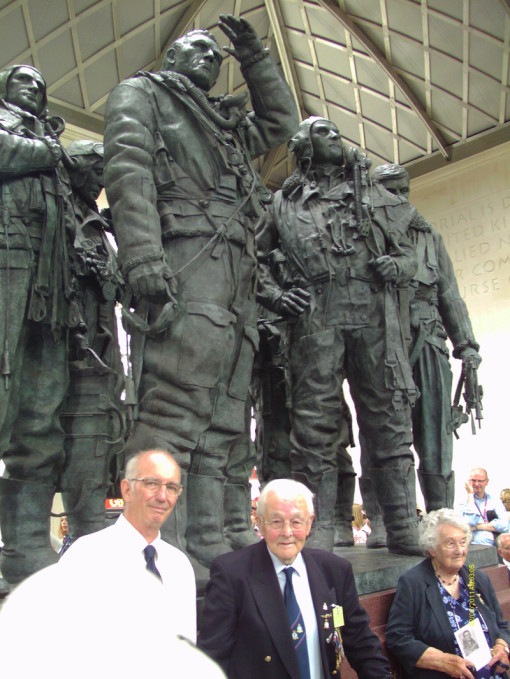 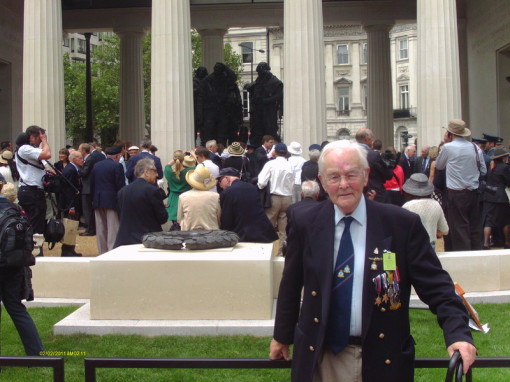 The New Zealand Goverment paid for a party of WW11 75 squadron veterans, doctors and carers to travel to London for the unveiling, also paying for them to stay in a 5 star hotel for two weeks, and also arranged for them to visit places in East Anglia where they served.

What did our Goverment do for WW11 Bomber Command Veterans ? 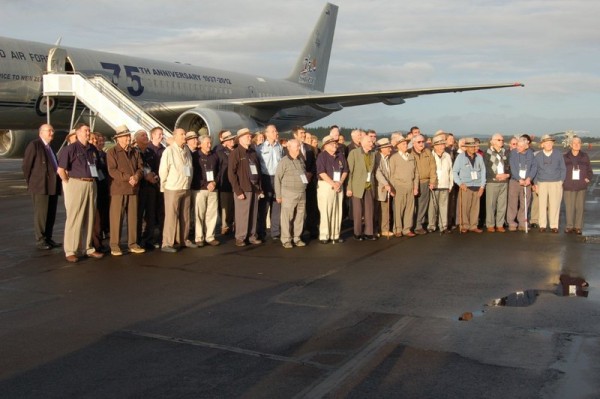 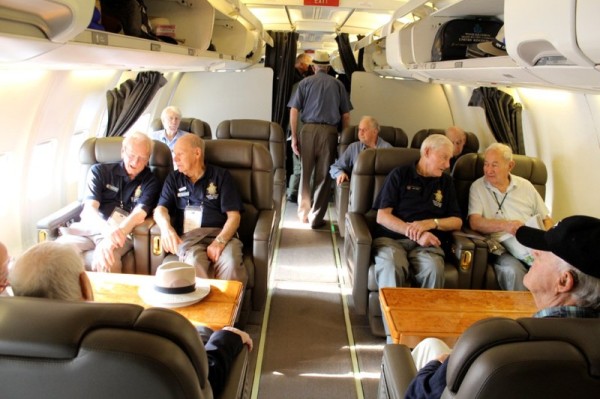 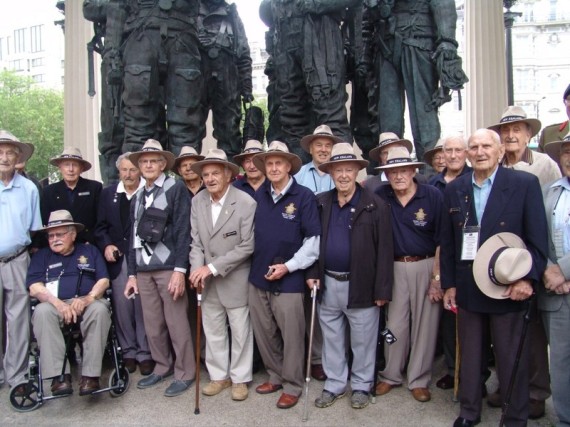 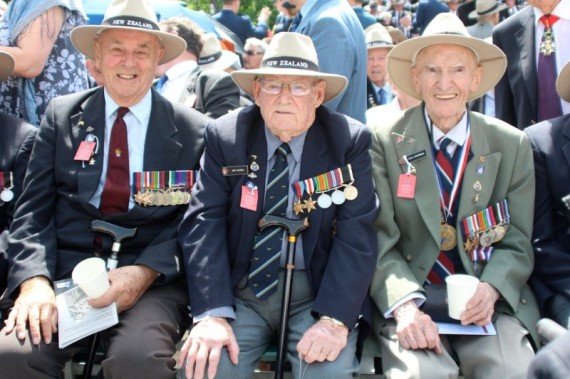 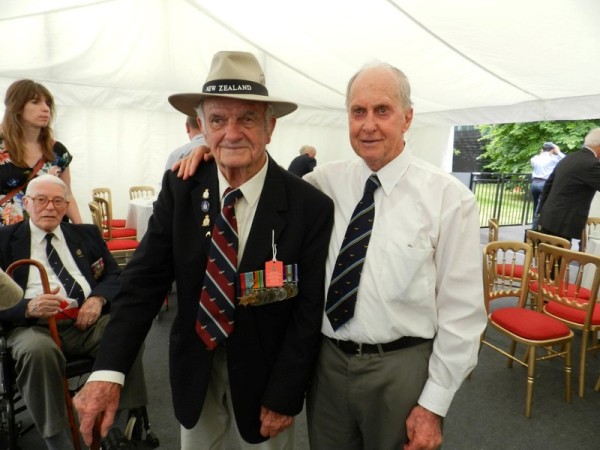 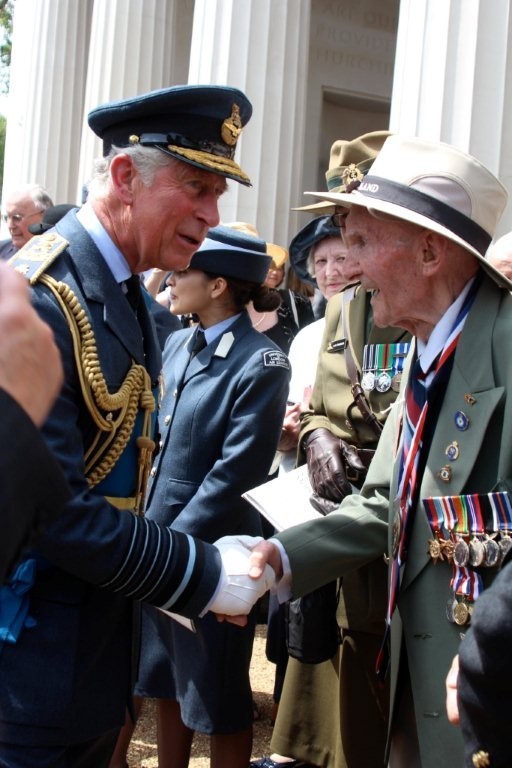 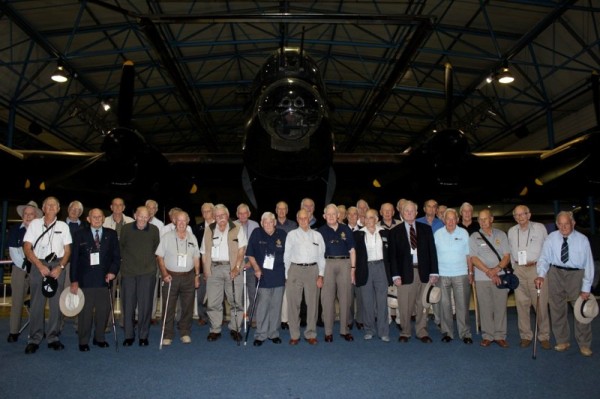