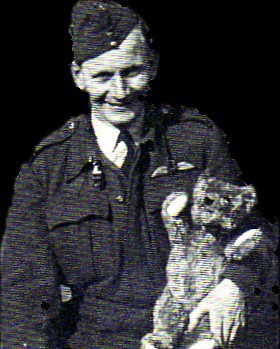 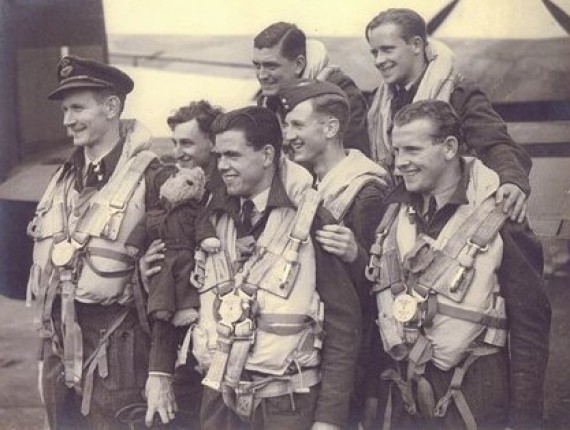 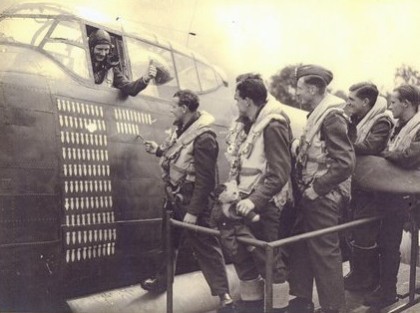 Ezra Goymer paints the 116 bombing operation symbol onto the fuselage of VN-G as the rest of the crew look on. 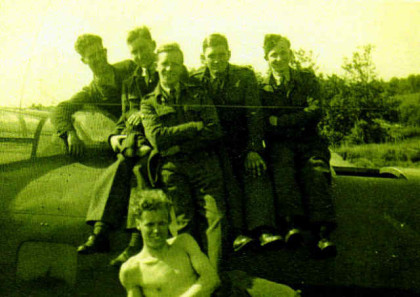 Ivor's crew pose for a picture on top of their aircraft with two members of VN-G's ground staff.: 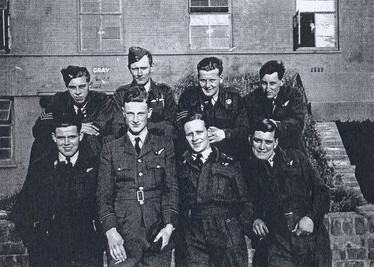 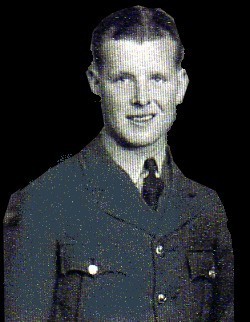 Flying Officer H.William Enoch was the pilot on her 124th, a Night sortie to Koenigsburg, Norway on 26/27 44.

This being F/O Enoch's 23 operations in George. 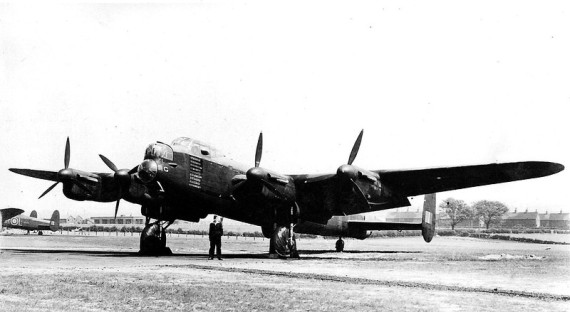 After Enoch and crew completed their 23 and last op. in George a new crew took over the aircraft.

Two nights later F/O A.H.Carter and crew took her for a trip to Halsinborg.

ED 588 VN-G crashed at Halsinborg, Sweden. Reason unknown. All the crew are buried there.